When skipper Danny Alderweireld from Sint-Job-in-'t-Goor, Belgium occasionally exchanges his experiences with colleagues, it's always a big surprise when he tells them about the nearly flawless record of his trusty Yanmar 12-cylinder main engine. The Japanese diesel has an estimated 80,000 operating hours under its belt, without the need for major repairs. 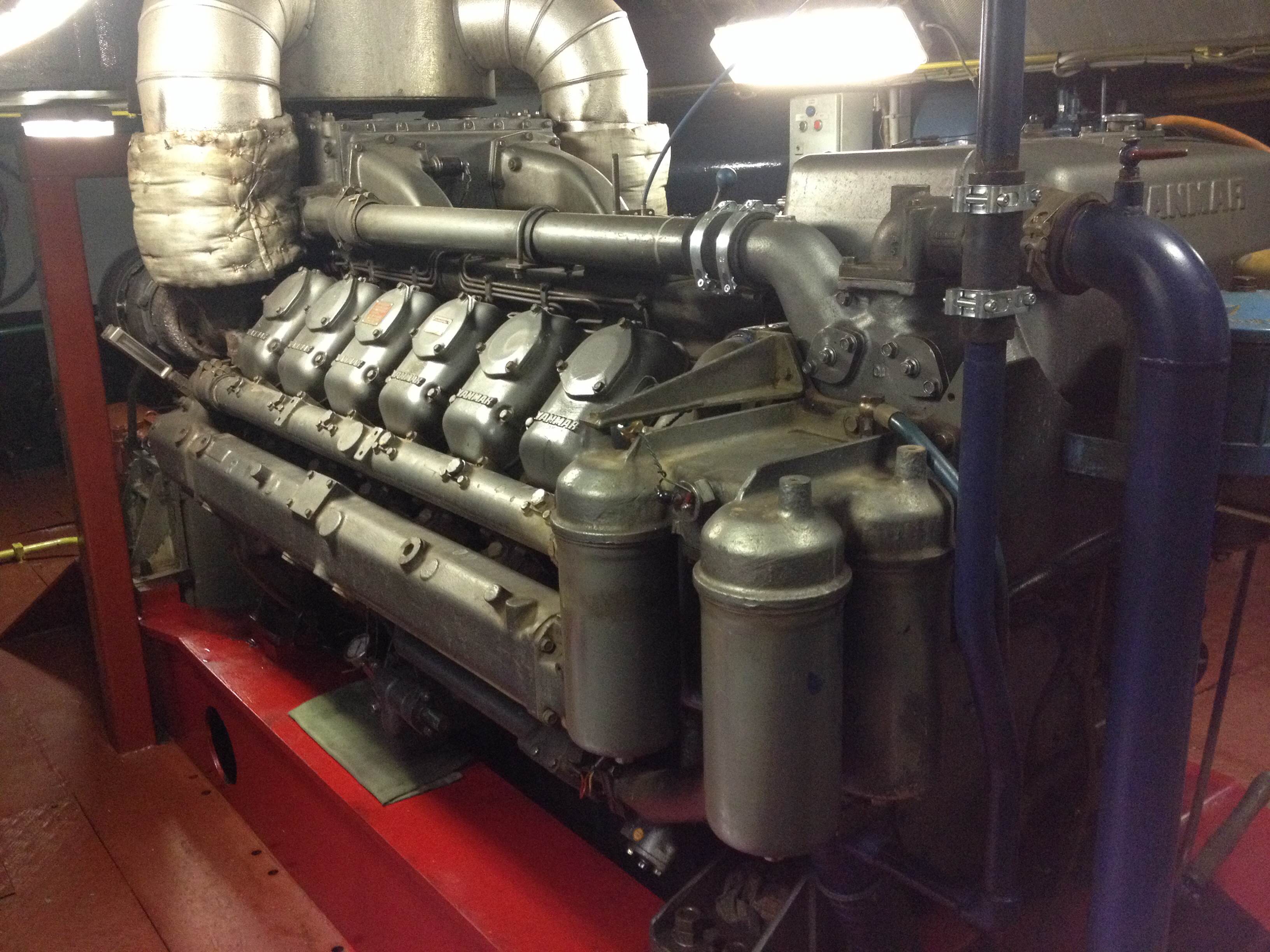 "They are amazed", he says. "I was once advised to overhaul the engine, but as long as it doesn't use too much oil, I just keep using the engines as always." Since 2004, Alderweireld (40) has been sailing the waterways of Belgium and the Netherlands together with his wife, Brigitte Verheyen (41), in the cargo ship Dabricy with a varying load. "To begin with, we transported containers, but we didn't like it so much. Nowadays we take all bulk cargo from coal, sand, soil and gravel to feed. We regularly receive orders from a freight company, which gives us some security, but we're free skippers. If I can get an interesting job myself, I'll take it."

The Dabricy takes its name from names in the family: Danny, Brigitte and daughter Cynthia (20). Alderweireld is still searching for how to incorporate the name of his son, Lorenzo (12). The ship's name was thought up when Alderweireld began as a boatman on a Kempenaar together with his wife back in 1995. Both come from shipping families. The current Dabricy, whose home port is Bruges, was created in 2003 from a merger of two ships. The ship is around 81 metres long and 9.5 metres wide; with a load capacity of 1,596 tonnes. The stern dates from 1963, and it already contained the 12LAAM-UTE, dating from 1992, with around 34,000 operating hours on the clock. The V12 delivers an output of 1,030 hp at 1,850 rpm. "The purchase inspection in 2003 revealed that the connecting rod bearings had to be replaced", says Alderweireld. Since then, not much has had to be done. "The Blokland box cooler had to be replaced because it was completely silted up. Apart from that, the turbos have been overhauled, the sweet water pump replaced and the aftercooler cleaned, but that's about it." 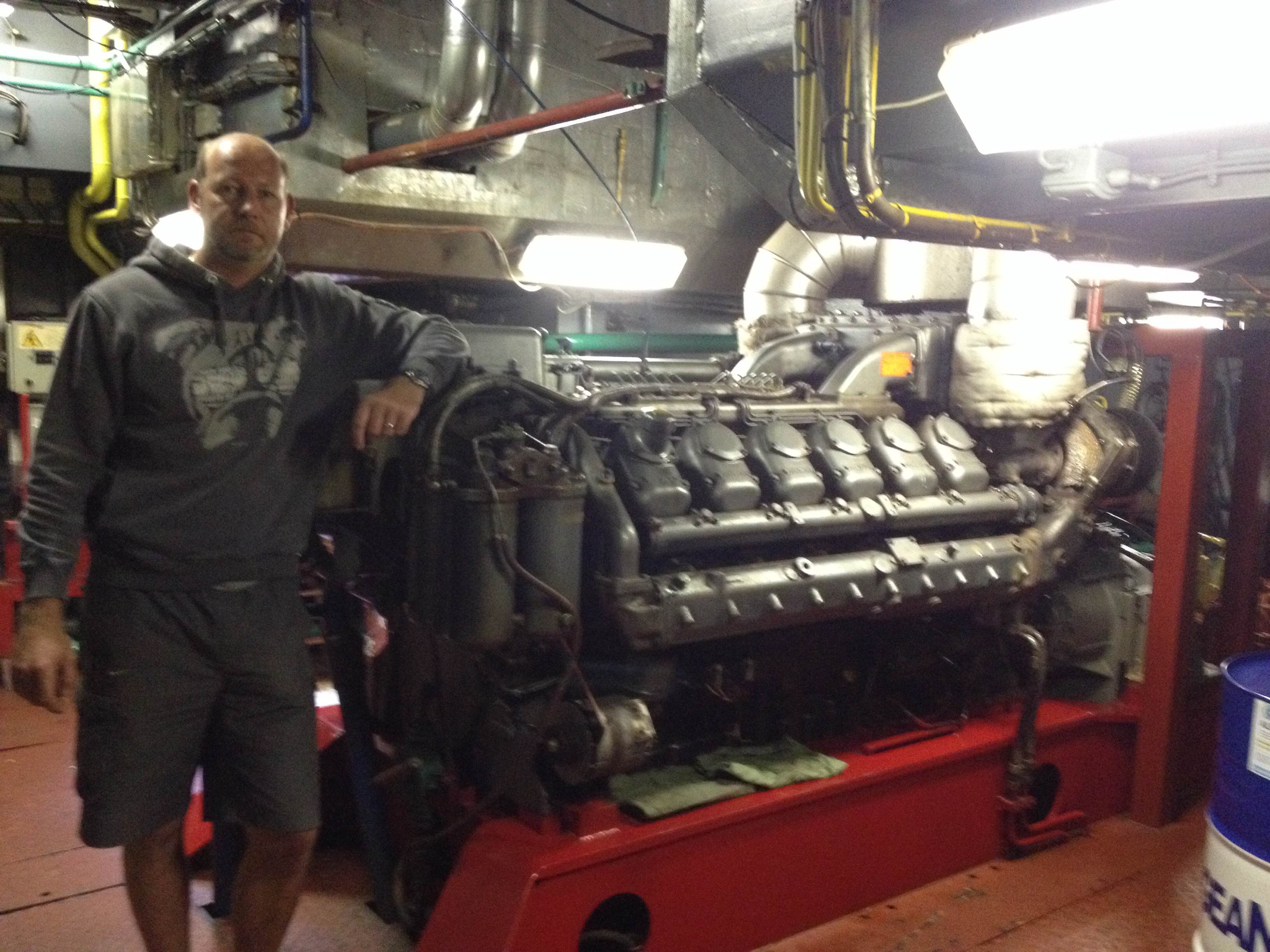 Alderweireld had all this work carried out to his full satisfaction by Nicoverken Shiprepair in Schiedam, an official Yanmar service dealer. "It's an old favourite that you have to take care of", he says. "Every 500 operating hours it gets a new 100 litres of lube oil, and of course you need to replace the filters on time. Also, I run the engine, usually at about 1,500 rpm. In still water I easily get 15 kilometres an hour. When I first came across Yanmar ten years ago, I was afraid because I'd never heard of the brand. But now I'm so happy that I dare say my next engine will also be a Yanmar."