YANMAR is a preferred choice for Statum Pusher Tug

The Statum has regular work and operates over 5,000 hours annually. The vessel pushes two barges, which can transport 4,000 to 6,000 tonnes of raw materials for cattle feed. The pusher-barge combination is 176 metres long. The engines have now run almost 2,000 hours and Frisian skipper/owner Gjalt van der Meer is pleased with them.

"They're nice engines. I'm very happy with them, everything's functioned great so far. That's crucial, as we operate day in, day out and our client wants to be sure of delivery. That means we need durable, reliable engines." Although prior to this, he used a different make and model of engine, this time Van der Meer and his business partner opted for Yanmar.

"Yanmar is relatively unknown as a brand within inland shipping, but they've enjoyed an excellent reputation in the maritime and recreational sectors for years now. They produce medium speed engines for maritime shipping up to 4,500 HP. Our engines are produced according to the same quality standards. Also, Yanmar specifically designs these marine engines. They aren't marinised lorry or tractor engines. We had no doubts about the reliability. Japanese companies are known for their high quality products.  At the trade show, we were talking about that with Hero Bouwman from Yanmar and he gave us a quote. One thing led to another."

Of course, the quality of the service also plays a role in choosing an engine. "When it comes to service, all I can say is they really work hard," says Van der Meer. "The service department is open 24 hours a day, 7 days a week and they make sure that if something should break, parts are available in Almere. The engine comes with a one-year warranty. Longer would have been nice, but generally, these engines don't fail. They need to run 50,000 hours over ten years, and then another 25,000 to 30,000 hours. Then they're fifteen years old one will be ready to repower." To Van der Meer, the power of the new engines is more than sufficient. "It's even a little better than the two American V12 engines they replaced. One advantage is that these Yanmar still use mechanical fuel injection. They're unpretentious engines that you can still work on yourself if a part needs replacing. And the number of cylinders has been halved now."

The CCR-2 certified engines are outfitted with fuel gauges on the supply and return lines. These keep careful track of the consumption, which is monitored from the bridge. "We operate as economically as possible, adapting our speed according to the consumption and desired arrival time. These seem less thirsty than our old engines, although it's hard to say, as consumption depends on all kinds of factors. Sometimes you're headed into the wind or against the current, and other times the wind or current is working for you. 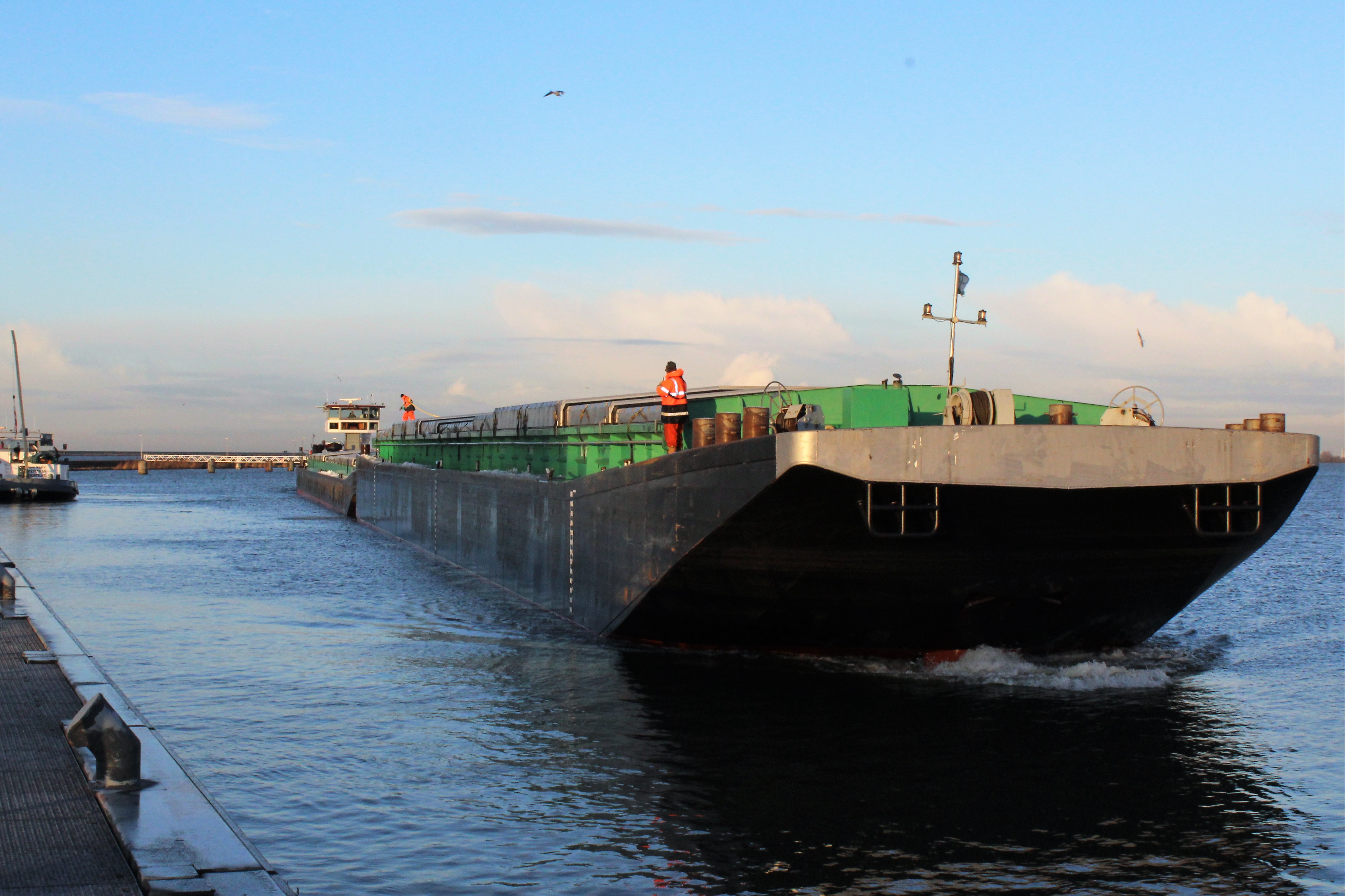 They are efficient though." When they were considering the repowering, they did discuss getting a hybrid or diesel-electric installation. "That turned out to be a lot more expensive though. It was really too big a difference," says Van der Meer. In the engine room, the gas oil flows to the engines through an Alfa Laval centrifuge filter. "That removes even the smallest contaminant particles from the gas oil. We only need to change the fuel filters once every two years and never have dirty nozzles."

Repowering took five weeks altogether. The old engines were still working, and they were sold off to a buyer in Africa. Van der Meer explains, "The installation went smoothly. There's a shaft above the engine area where we lifted out the old engines then hoisted in the new. The couplers were replaced at the same time. They're now from Yanmar subsidiary Kanzaki and have a reduction of 6.57 resulting in about 280 RPM for the prop shaft, a fine RPM for a pusher tug." The propellers were renewed as well, resulting in a nice efficiency gain.

The direct-injection 6AYM-WET is also available in electronic variations with common rail injection, the 6AYEM-GT & ET. There is also a V12 AYM-WET, with a Heavy Duty power of 1140 kW /1550 HP at 1840 RPM. 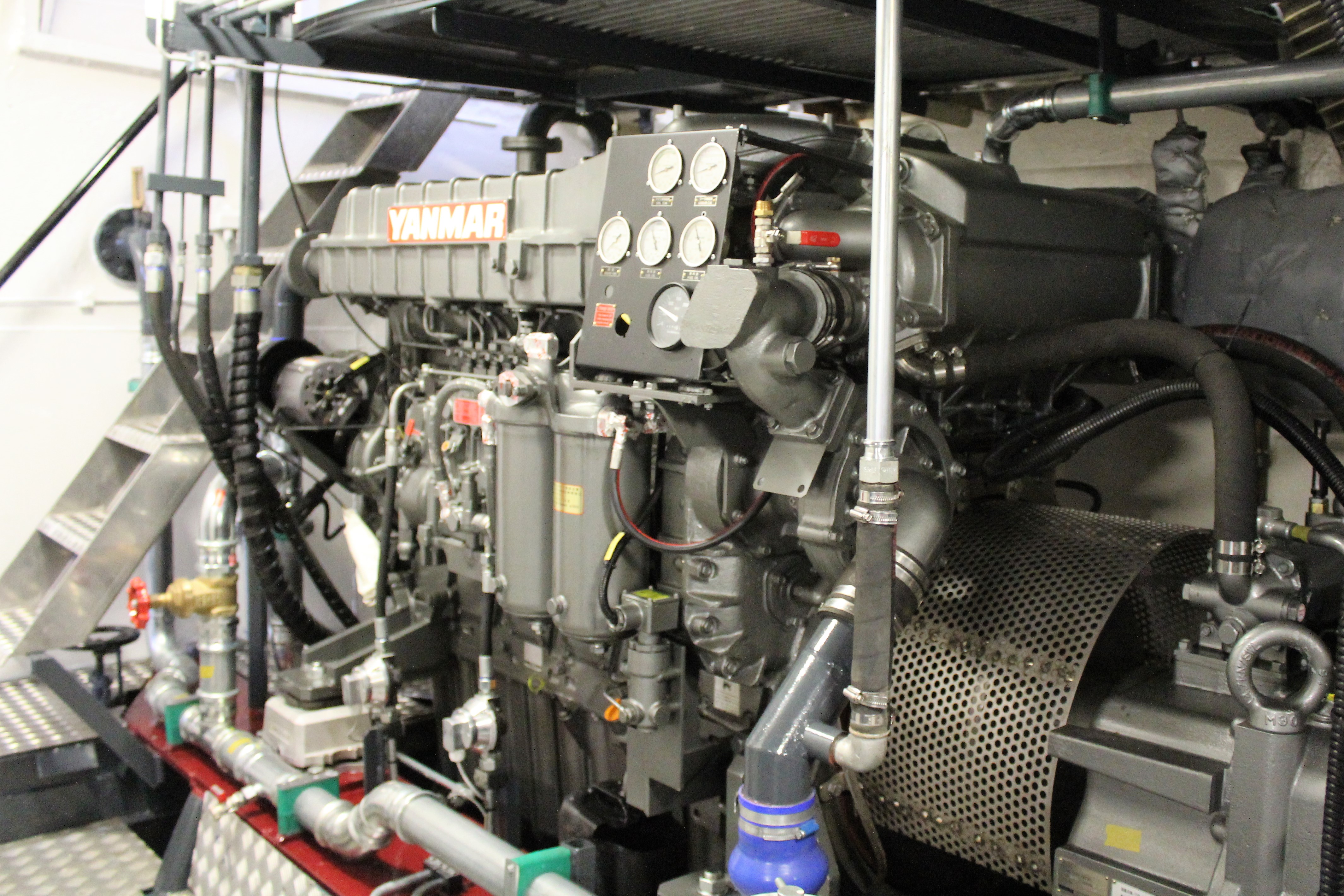