David Skee is the owner of the service company Leco Marine, a company specialized in providing diving and net cleaning services to the Aquaculture industry. Leco Marine has a contract with Grieg Seafood Shetlands who operates on the Shetlands and the Island of Skye.Grieg Seafood operates 3 sites on Island Skye with respectively 10, 10 and 14 cages, all 80 and 90 meters’ circumferential. As from October ’16 Grieg will have another 2 sites in service with 120 meters’ circumferential nets. These 2 new sites will have the same production capacity as the existing 3. Also these two sites will be serviced by Leco Marine. 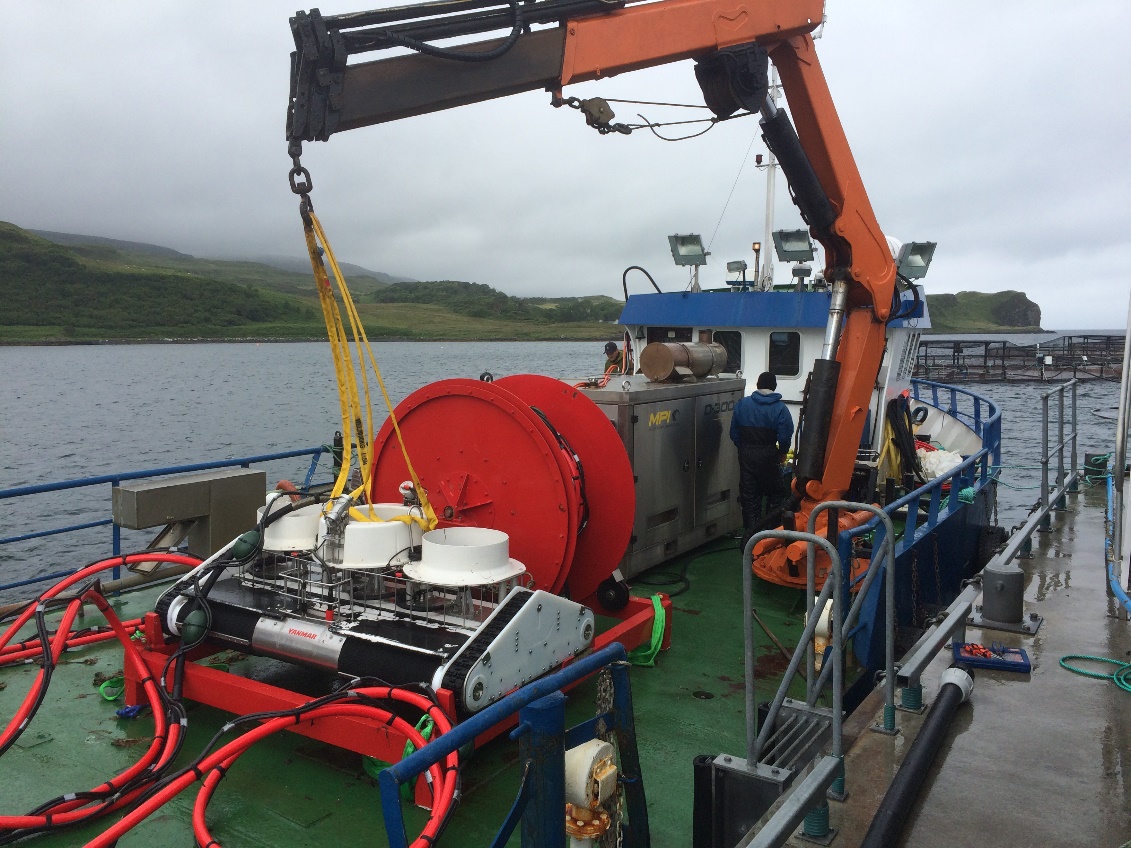 Upon receiving the unit David was quite surprised, ‘’it is quite a large unit when compared to the net cleaner which I also own, I was not sure if it would even stick to the net, let alone drive around the cage and clean it’’

Kim 'the Østerbø representative' having much experience with the Yanmar NCL-LX, confidentially started to prepare the equipment so the demo could commence. Once the Yanmar Net Cleaner was in the water and had started cleaning, David his doubts disappeared.

David, ‘“It comes with rollers on both the front and back and copes well with difficult or slack nets – it cleans very well in troublesome situations and also has a lower fuel consumption than many of the alternative cleaners,”  “We trialled the cleaner for the whole month of July,” David Skea, MD of Leco Marine, told Fish Farming Expert, “and were very impressed with it”. 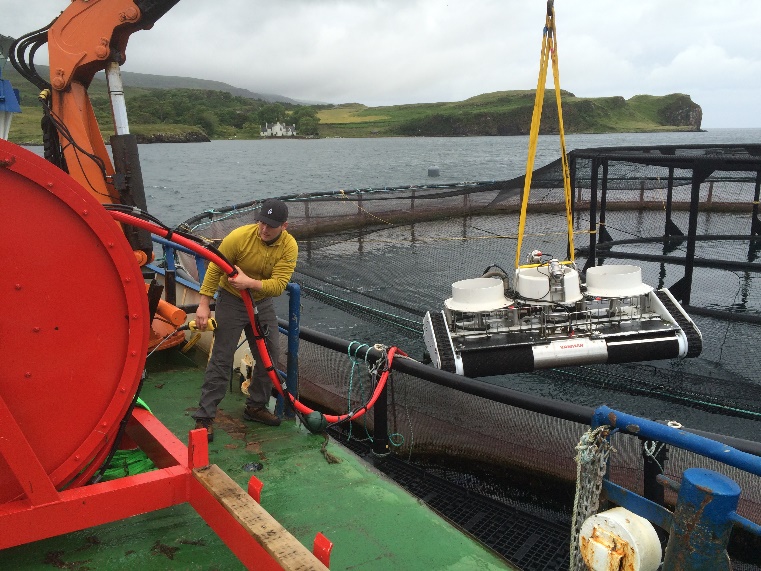 Putting the Yanmar NCL-LX into the cage

Cleaning the top of the cage just as easy as  the sides and bottom.

In October the deal was closed,
“The deal is a very large investment for a
relatively small company like Leco Marine,”
reflects David, “but it will increase our cleaning
potential and be a good addition to the
service we offer our client’’

Yanmar hopes that the deal will be the first of many in Scotland.   “This is a net cleaner which is well-suited for the demanding conditions in Scotland,” says Østerbø’s Kim André Eide.   “We had demonstrations there in the summer and were able to compare our equipment with competitors’. Those who were there liked what they saw, especially considering the fuel consumption, noise and how it copes with different challenges,” he adds.   “We have had many sales of this model in Norway, but this is the first international delivery. We are now working on putting in place a service network, to further follow our customers’ needs – both in Scotland and northern Norway,” he continues. “And we look forward to introducing it to other customers in Scotland.” 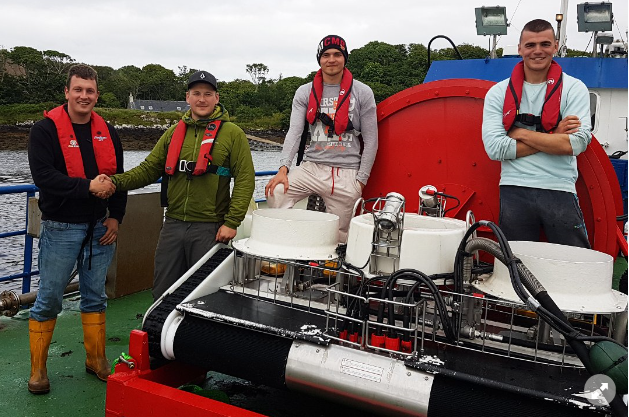